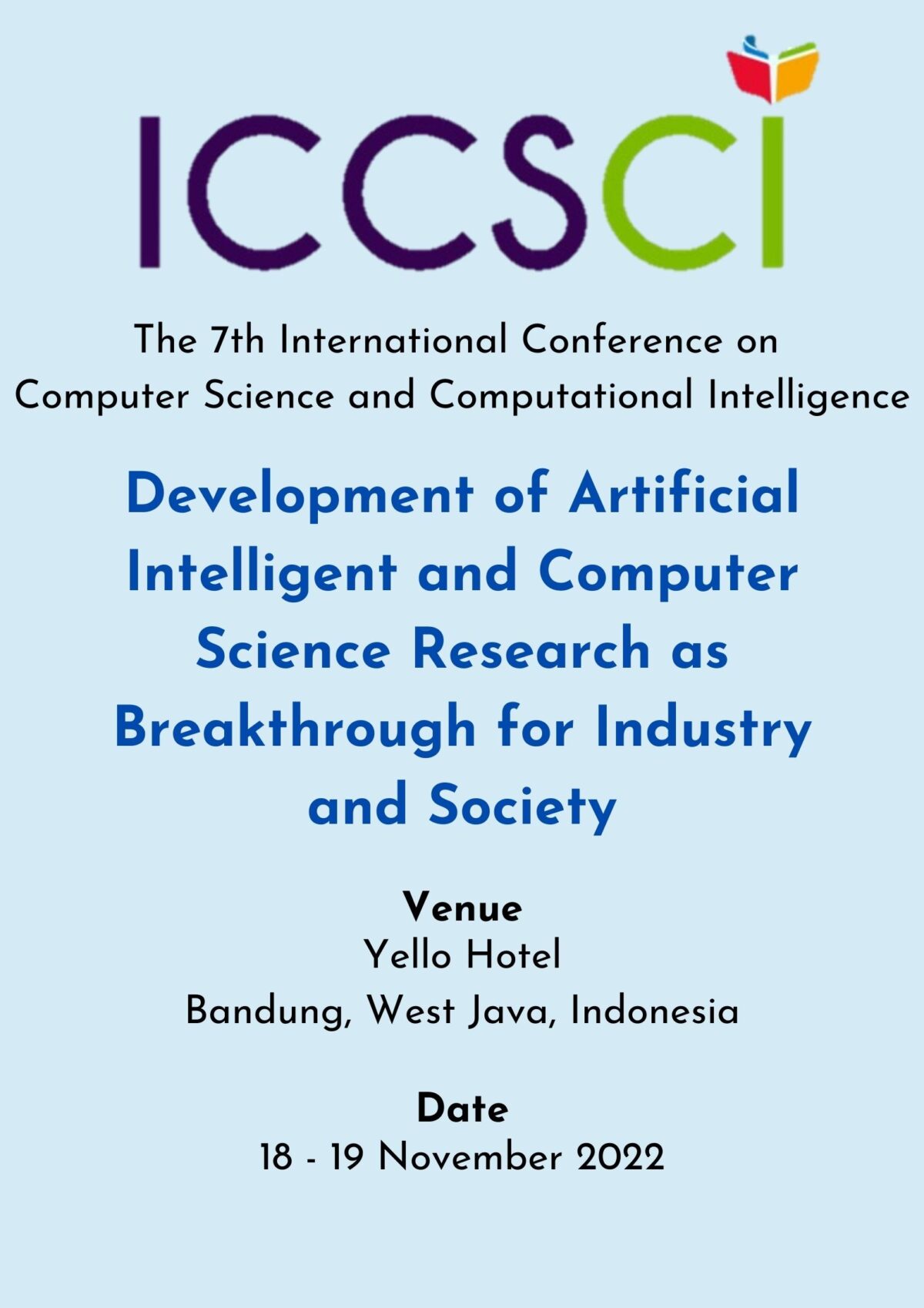 The 7th International Conference on Computer Science and Computational Intelligence (ICCSCI) is annual forum for researchers, and scientist to disseminate their knowledge and research on Computer Science, Computational Intelligence and Information Technology. The conference warmly welcomes prospected authors to submit their research and idea to ICCSCI 2022 and share the valuable experiences with the scientist and scholars around the world. ICCSCI 2022 is organized by School of Computer Science, and will be held on:

Papers from ICCSCI 2015 have been indexed in Scopus and published in Procedia Computer Science :  http://www.sciencedirect.com/science/journal/18770509/59

Papers from ICCSCI 2017 have been indexed in Scopus and published in Procedia Computer Science :  https://www.sciencedirect.com/journal/procedia-computer-science/vol/116/suppl/C

Papers from ICCSCI 2018 have been indexed in Scopus and published in Procedia Computer Science : https://www.sciencedirect.com/journal/procedia-computer-science/vol/135/suppl/C 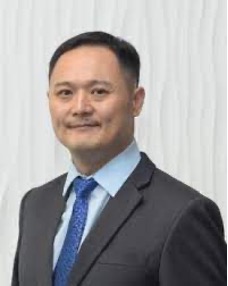 Professor Lau Sian Lun is Associate Dean of Engagement and Internationalization and Head of Department for the Department of Computing and Information Systems at Sunway University. He received both his MSc and Dr.-Ing. at the University of Kassel, Germany, where he worked as a full-time researcher from 2004. He has contributed and managed various German national as well as EU-funded projects, such as the EU FP6 MobiLife, ITEA S4ALL, BMBF MATRIX and the EU FP7 SEAM4US schemes.

He is currently a senior member of the Institute of Electrical and Electronics Engineers (IEEE). His research interests focus on areas of ubiquitous computing, sustainable smart cities, context-awareness and applied machine learning. 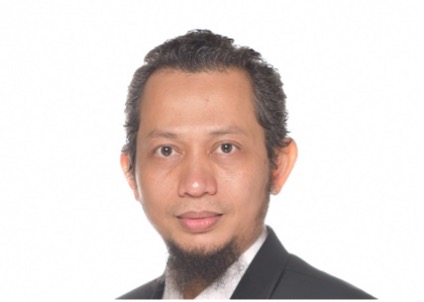 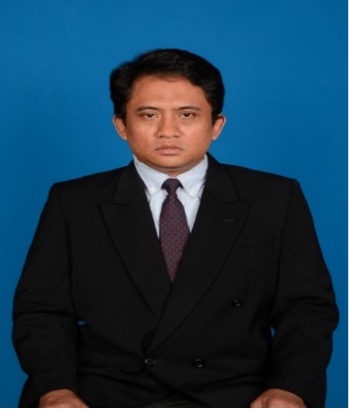 Agung Trisetyarso, S.Si, M.Si, Ph.D., is a Faculty Member at Department of Computer Science, Doctoral Programme, Bina Nusantara University (2015-present) and was a Faculty Member at Department of Informatics, Telkom University (2011-2015). He was awarded Bachelor of Science (Thesis: “Application of Darboux Transformation to solve Multisoliton Solution on Non-linear Schroedinger Equation”; Supervisor: Alexander Iskandar, Ph.D) and Master of Science from Department of Physics, Institut Teknologi Bandung. His Ph.D (September 2007 – April 2011) was obtained from Applied Physics and Physico-Informatics at Keio University, in the field of Quantum Information and Computation (Thesis: “Theoretical study towards realization of measurement-based quantum computers”) under supervision of Prof. Kohei M. Itoh and Prof. Rodney Van Meter.

He is actively to give presentations in various seminars, workshops, and conferences such at IEEE, ICTP (2010, 2012), Workshop of Quantum Repeaters and Networks, Duke University (2015), visiting professor at Chitkara University (2013), India, and visiting scholar at Isaac Newton Institute, University of Cambridge (2013-2014). 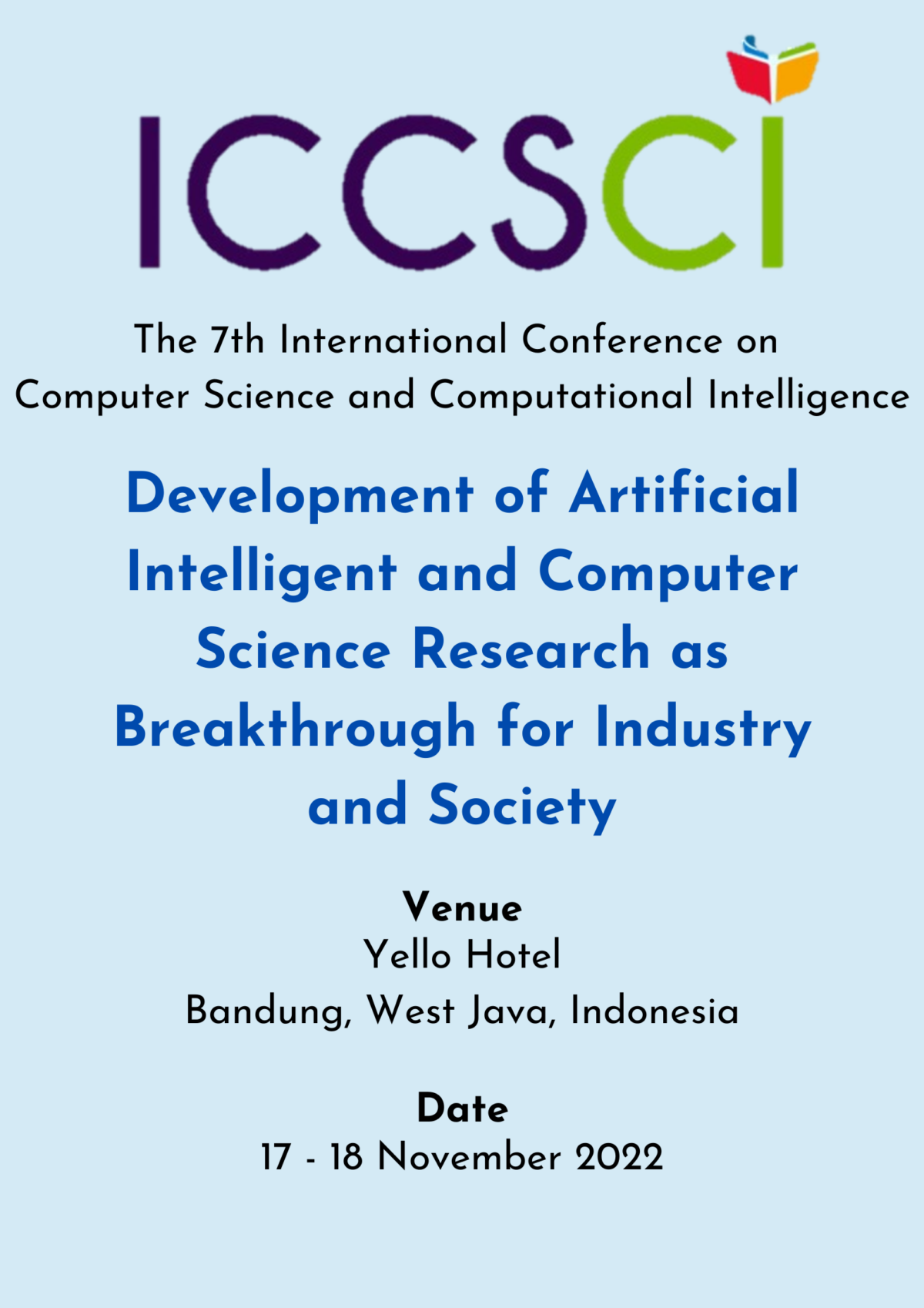