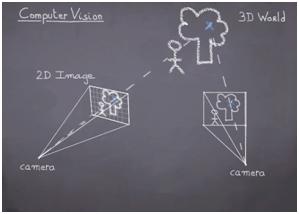 We call ourselves Homo sapiens – man the wise – because our intelligence is so important to us. For thousands of years, we have tried to understand how we think; that is, how a mere handful of matter can perceive, understand, predict, and manipulate a world far larger and more complicated than itself. The field of artificial intelligence, or Al, goes further still: it attempts not just to understand but also to build intelligent entities.

AI is one of the newest fields in science and engineering. Work started in earnest soon after World War II, and the name itself was coined in 1956. Along with molecular biology, AI is regularly cited as the “field I would most like to be in” by scientists in other disciplines. A student in physics might reasonably feel that all the good ideas have already been taken by Galileo, Newton, Einstein, and the rest. AI, on the other hand, still has openings for several full-time Einsteins and Edisons

Al currently encompasses a huge variety of subfields, ranging from the general (learning and perception) to the specific, such as playing chess, proving mathematical theorems, writing poetry, driving a car on a crowded street, and diagnosing diseases. AI is relevant to any intellectual task; it is truly a universal field.

Some AI applications are mentioned below: