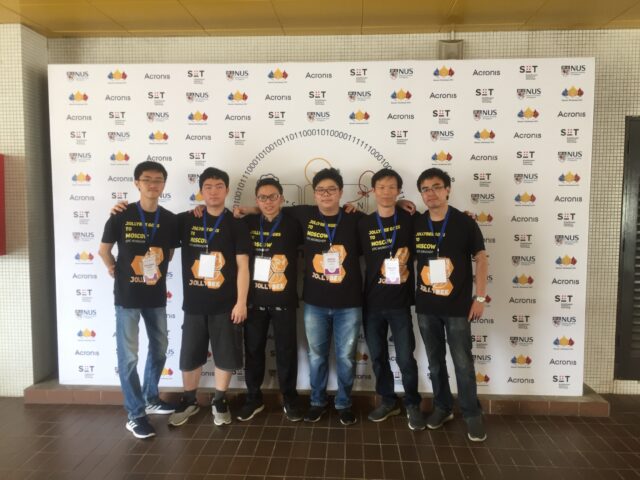 I’m Sebastian Mualim, a senior student from Binus University. I joined Jollybee which is Binus Programming Team who attends competitive programming competition nationally and internationally. Recently i joined ICPC Workshop with some of my friends in Jollybee, they are Rafael Herman Yosef and Christopher Samuel which is on the same team as me and also Andreas Martin, Andreas Cendranata, and Edward Keitaro Heru on the other team.

On 21st September to 28th September, we are fortunate enough to be able to join ICPC Moscow Workshop at Singapore on behalf Jollybee Binus Programming Team. The workshop run for a week and it’s divided into 2 division, division A which is more focused on contest training, and division B which has some lecture about algorithm and data structures. 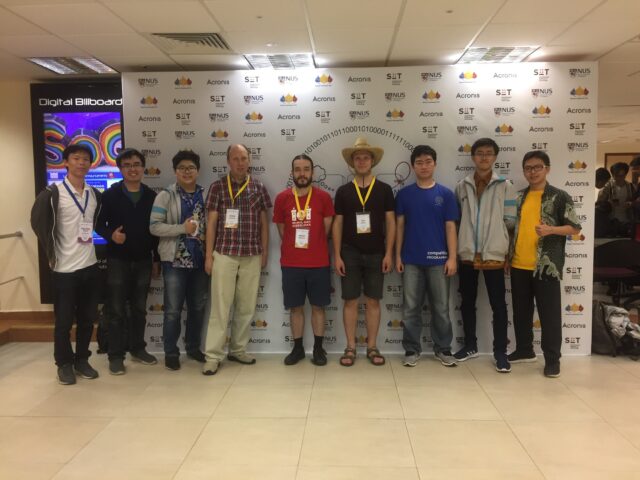 First day of the workshop, we have opening ceremony and welcome contest for everybody which is united contest. Our daily schedule after the first day was analysis of last day’s contest, lunch, after that for division B usually had some lectures about algorithm and data structures if not contest with division A, meanwhile division A always had contest in the afternoon everyday. There were certain topic that is covered specially in the workshop, it was about maximum flow related problems, treap also known as Cartesian tree, and persistent data structures which can be applied to many data structure. The cool part is we were taught by some famous name in competitive programming field in Europe such as Andrew Stankevich which is a coach of 7 ICPC world champions, Mikhail Tikhomirov which is a top coder on codeforces platform, and there were some of them who was ICPC world final medalist.

Everyday was like a competition day for us, we compete with others on given problem set. Problem set quality was great, it was like ICPC regional level standard and we learnt a lot from the given problems and analysis. Truly it was an amazing experience to attend these kind of workshop, being able to be mentored directly with coaches of world finalist teams and compete with teams that strive for ICPC world final is an unforgettable experience.

We will not be able to achieve this result if not because of attending the ICPC Workshop. We thank our sponsor Sirclo and Weekend, who gave us the chance to attended the ICPC Workshop Moscow event at Singapore, without them we probably could never taste the experience being mentored by world class coaches on competitive programming field and finished strong in this year ICPC competition.