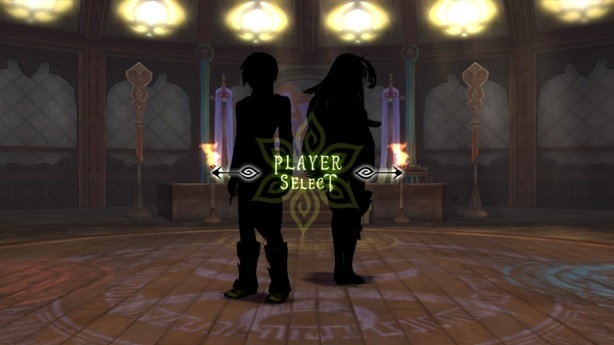 Tales of Xillia is the thirteenth primary series of the famous Tales of series. This game was made by Namco Series Studio for PlayStation 3. The game has a sequel, Tales of Xillia 2, but that is for another time.

The game revolves around two protagonists that you can choose at the beginning of the game. The first one is a medical student, Jude Mathis, and the other one is a woman called Milla Maxwell. There are not much of a difference between the two route because the two of them are mostly together almost the entire gameplay. The difference will only be on perspective and when the two separated. There are also different items that you can get by completing the game using different characters.

The story focused on a certain weapon called Lance of Kresnik. Both protagonists are trying to destroy this weapon with their own reasons. While adventuring, they will meet new companions. They are Alvin, Elize, Rowen, and Leia. These people have their own stories and are quite interesting to watch because like any other Tales of games, there are skits. These skits are scenes where characters are conversing with other characters. These skits are mostly funny stuffs, random stuffs, sub-quest stuffs, and main story. Some of these skits are miss able because the player doesn’t fulfill certain conditions.

The game is an Adventure RPG game. Therefore, there will definitely be battles. The battles are action-packed considering it is real-time battle system. The party can only consist of four people and you can swap members mid-battle. Skills are called artes in this game. You can also link with you party member and they will have special skills when you linked with them. For example, if you link with Rowen, you will have Auto Magic Guard. But this only applies when you are linked with Rowen. There are also Linked Artes. Linked Artes can only be triggered by executing certain skills while linking. To top it, you can also chain these Linked Artes. The ultimate Arte is called Mystic Arte.

When leveling up, you character will get points that can be distributed on Lilium Orb. These orbs allow you to develop you character on your own or you can just auto-upgrade it if you are lazy like me. Lilium Orbs will give your characters extra stats and also unlocking skills and artes. Yes, you didn’t read wrong, there is also skill in this game. Different from common skills in games, these skills are passive skills and you can develop these skills to but you are restricted by points. These points are the maximum capacity for assigning skills for your characters.

Another thing about Tales of Xillia is that to get better items, armors, weapons, accessories, and food, you have to donate to the shop. Donating can be by using materials that you got around the field or by donating Gald (money in Xillia).  Food is one more feature about this game. Certain food has certain effect. For example, Soda Rice (Small) has the effect of adding extra 30% EXP at the end of every battle for 5 battles. The bigger the size, the longer the food lasts.

Although this game lacks detailed world map, it gives us a really good feature. Fast Travel. Basically, it’s wrap from anywhere to certain places like dungeons or towns. However, sometimes you can’t use Fast Travel because of the main story. It’s not that convenient you know.

Overall this game is very amusing and the characters development are very good. I personally give this game 9/10. As I said at the very beginning, the game has a sequel, Tales of Xillia 2. You should play the sequel after completing the first game. Oh and I recommended playing as Jude first then as Milla.