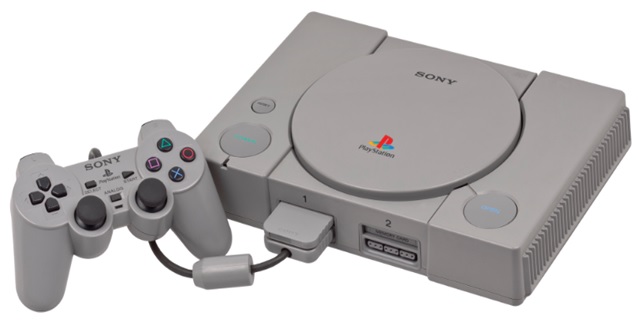 There were a lot of things going on within the video game market during the mid 90s; Nintendo talked about their next new system but hadn’t shown anything yet while other consoles like the 3DO and Atari Jaguar fell flat. The thing that surprised everyone was that Sony decided to try to make their own video game console after their deal with Nintendo into making an add-on to their Super Nintendo failed. What we had was the first PlayStation.

Sony did their homework during their development reviewing the past mistakes with CD-based consoles as they managed to gain support from third-party publishers and providing with easy-to-use development tools.

As a result, Sony PlayStation became one of the top best-selling consoles alongside the Nintendo 64. It’s already been 23 years since its official release. Does it hold up today? Is it still considered a classic console or outdated?

For starters, the hardware is simple but well designed. Let us say that it was innovative for its time. The console has a clean yet elegant appearance and it’s surprisingly light-weighted, especially when you compared it to its competitor the Sega Saturn. Like the Super Nintendo, the console has three buttons for opening the drive, turning the console on/off, and resetting the said console. The middle part is the drive where the CD can be placed.

Another great feature for the time is the use of memory cards. They’re flash cards that store selected game’s progress. Thanks to their small size, you can take them anywhere and even place them onto a friend’s PlayStation console, transporting their saved games into said PlayStation as well. This is one of the major selling points as the previous consoles used password system to save the game’s progress. It was previously used with the Neo Geo console but not to the full extent of the PlayStation.

The controllers/gamepads are on par with the SNES controllers even to the point of similarities, but Sony made a few differences. While slightly bigger than the SNES’, the PlayStation’s controller has handlebar-like grips allowing the player to have better grip over the controller. In the following years, Sony released an updated controller by adding analog sticks and a ‘force feedback’ function.

However, the original PlayStation is prone to overheat. This causes the console to malfunction by skipping audio and freezing the game entirely. Fortunately, Sony addressed the issue by selling ‘cooling fans.

The PlayStation is specialized in handling 3D graphics and it showed. For its time, the console’s 3D graphic was a sight to behold and unmatched. The majority of the games using said graphics are smooth. Games like Crash Bandicoot Warped have wonderful, colorful cartoony effects despite being 3D. It’s visually appealing.

Besides 3D graphics, the PlayStation is capable of using clear video footage and the classic 2D graphics from the early eras of gaming. However, they are very rare to find with PlayStation games as Sony’s policies limited to 3D only.

Thanks to its CD quality audio, the console supports full Dolby Surround Sound. The music soundtracks are very appealing to the ears that you’ll be spending a lot of time hearing some of the games’ soundtracks.

As for the games, there are tons of choices when it comes to different genres.

We have the traditional 3D platform game. The prime example is Crash Bandicoot: Warped, where you control as the titular Crash throughout different levels, collecting important items, defeating enemies, and fighting bosses. The game is very simple, but there’s also the challenging factor. As you progress through the game, it becomes more challenging.

We have the classic side-scrolling platform games but in 3D graphics. The examples are Klonoa: Door to Phantomile and Tomba. Each game offers their different takes in this genre. In the case of Tomba, the game doesn’t use a set of stages but a large interconnected world the player can explore with access to certain areas is locked until the player obtains certain items or accomplishes tasks.

As stated before, the PlayStation can generate classic 2D graphics. Such example is Megaman X4 with its simple premise and gameplay style.

Other genres include the Survival Horror. It’s the type of game where it plays into the player’s fear. With Silent Hill, it plays into the fear of the unknown as the thick, heavy fog limits the player’s vision. You have no idea what’s out there and terrifying monsters can attack you anywhere at any time. While players can fight back, they’re less in control from action platform games through limited attacks, ammunition, health, and speed.

Another example is Dino Crisis. It plays into the fear of being stalked by powerful foes; in this case it’s the carnivorous dinosaurs. It has more consistent visceral terror with the dinosaurs (such as the main grunts, the Velociraptors) being quicker and stronger than the player. Even worse, they are also intelligent and will follow the player from area to area. Ammunitions are also very limited, so the players are forced to use their wits and quick reflexes when situation calls it.

Fighting genre also makes a return in this console, only in 3D graphics. The Tekken games are a prime example of utilizing the 3D gimmick. Unlike the 2D fighting games like Street Fighter II, Tekken 2 and 3 allow the player to sidestep, moving freely throughout the arena although still restricted.

With a good variety of video games including genres and simple hardware, it’s safe to say that the first PlayStation still holds up.