Digital Devil Saga: Avatar Tuner is a role-playing video game developed by Atlus for the PS2. Digital Devil Saga is a spin-off of the Shin Megami Tensei series. The first one was released in 2004 in Japan and in 2005 in North America, while the second one was released in 2005 in both Japan and North America. The music was composed by Shoji Meguro.

Digital Devil Saga follows the Embryon, a tribe who fight against six other tribes in a digital world called the Junkyard. After being infected with a demon virus that grants them demonic powers, the Embryon must fight with and devour the other tribes to ascend to “Nirvana”. During the conflict, they shelter a woman named Sera, who has the power to calm their demonic powers. In Digital Devil Saga 2, having escaped into the devastated real world, the Embryon are caught up in the fight against the Karma Society, who are intimately linked to the source of the disaster.

The battle uses a turn-based strategy, in this game, called, the “Press turn” combat system. The battle also has unique feature, in which whenever you strike a critical hit or hit the enemy with their element of weakness, you gain a half of turn in which another character can have their turn again. But, this can also be a double-edged sword for the player. In turn, whenever the enemies strike a critical hit or hit one of the party members with their element of weakness, they will gain the upper hand and can even annihilate the party members. Players need to carefully plan out attacks, buffing and debuffing the enemies, and also heal the party members. In battle, most of the times, the party members are in their demon forms but can also get ambushed and have no time to change to their demon form. You can also transform and revert back in the middle of the battle and see which is more effective. In Digital Devil Saga, the players can also choose to do combo attacks. When you have certain skills required for each party members, you can do combo attacks. 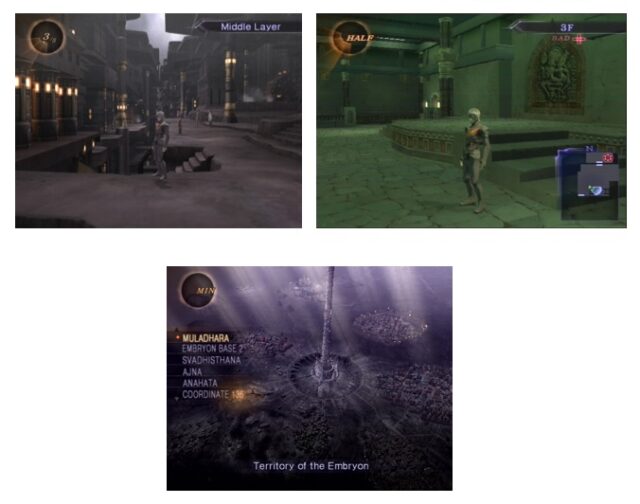 In order to satiate their hunger, they need to devour each other. In doing that, after every battle, the party members will gain karmas. The inactive party members also gain karmas after every battle. Players can get extra karmas by using the “hunt” skills while the enemies are in a frightened status. While gaining karmas everytime, you will be able to learn new skills in set, called a Mantra. Everytime a character maxed out a Mantra, they will learn new skills. Mantras are bought with Macca which you can earn during battle or by selling  certain items.