Mega Man X is a sequel series of the Mega Man series by Capcom. Unlike the classic series, this one is much darker in terms of story and atmosphere. The Mega Man X series has been a favorite among fans for its more aggressive play style, different playable characters, and the more open areas to explore along with the classic’s formula such as gaining new weapons from different bosses. The games from 1 through 5 are great that they’re considered as classic.

However, the 6th game is more of a mixed bag due to some questionable game designs and the huge difficulty spike. The 7th game is considered to be the worst game for a number of reasons (including the fact you have to unlock the titular character). Due to the game’s reputation, not many people know about Mega Man X8’s existence and it’s such a shame. The game is a huge improvement over the seventh as it steps onto the right direction.

So how does it fare up by today’s standard?

Years into the future, the Reploid rebellion continues to ravage the world to the point of destruction. Fortunately, mankind has begun a project to migrate to the moon where they should be safe from the conflict between Reploids. They construct an orbital elevator between the earth and moon.  The project is dubbed the “Jakob Project” led by an intelligent Reploid named Lumine. Another part of the project is the advanced generation of Reploids that are able to use DNA data to change their shapes without the risk of viral infection. Hence, they are unable to go Maverick. These Reploids are dispatched for the operation as they are the perfect workers for the Jakob Project. 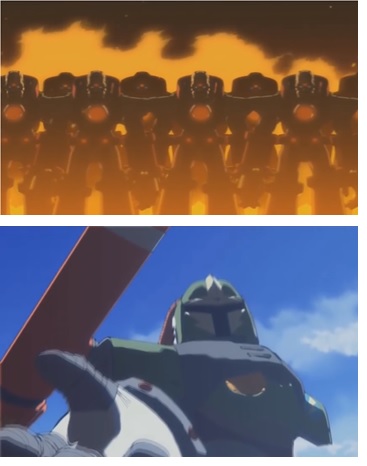 Everything seems to be fine until Mavericks begin to rise. One such Maverick is X and Zero’s old rival, Vile, who kidnaps Lumine and the rest of the Mavericks make their attack on several locations in the planet. It’s up X, Zero, and Axl to stop the Mavericks once again and rescue Lumine.

The story is relatively simple and formulaic like its predecessors. Fortunately, the execution of the story is handled very well including the concept and the conflict. There are very few long cutscenes in between the stages and they’re usually short. They only serve as an exposition to the game’s story and updates to their current situation.

The gameplay in Mega Man X8 uses many features from the previous games but removes the 3D style from Mega Man X7 in favor of 2D gameplay style. After completing the introduction stage, players gain access to 8 stages each with its own theme and Maverick boss fight at the end (gaining their weapons as well).

Like Mega Man X7, we have 3 playable characters. At the hub menu, you can choose two of three characters to control in a stage with a navigator assigned to assist the player for information (or they can always go solo). Players can switch the two characters during gameplay. All the playable characters have the standard dash and wall jump.

The first foremost one is X himself. He is the Jack-Of-All-Stats. X’s signature attack is his X Buster, which he can shoot projectile blast in a straight line.

His special ability is equipping the Neutral Armor, which can be nudged toward different skill sets through two armor types, Icarus (I-parts) and Hermes (H-parts).  They all come in three standard parts for the head, arm, and legs. Players can mix-and-match the armor parts and see which combination fit X the most. When fully equip an armor type, they can perform a special attack, the Giga Ability. The full Icarus Armor has the Giga Crash, which destroys all enemies on screen. The full Hermes armor has the X-Drive, which powers X’s stat.

The second playable is Zero, X’s longtime partner and ally. Unlike X and the third playable, Zero is more close-ranged as he attacks enemies with his lightsaber. He plays exactly like he was from the previous games; much stronger and uses combination of moves through button execution. He can also form a string of combos when players repeatedly press the attack button. However, Zero takes more damage. Zero is also the only one who can double jump.

The third playable is Axl, the newest and youngest member of the Maverick Hunters. He is a returning character from X7, but his gameplay has been immensely improved in X8. Instead of a clone of X, Axl’s firing capability allows him to move in 180 degrees but unable to move around during this. When holding on the attack button, Axl can fire rapidly as long as the players want. Not to mention, Axl has better rapid fire ability than X. He can also hover in midair, giving players the momentum to move across obstacles like pitfalls.

His special ability is his Copy Chip. When using Axl’s special blaster, Axl can transform into the enemy he defeated (only grunts, not bosses), which can be used to move through inaccessible area.

One thing to note is that some enemies (including bosses) have a guard mechanic, which makes them impervious to normal attacks. In order to break through is varied on each character. For X, he needs to perform a full Charge Shot, Zero attacking three times to break, and Axl shoots rapidly until the 8th shot that can break the enemy’s guard.

Another feature added into the game is the Tag Assist. There are enemies that can grab a character, immobilizing and gradually damaging them. This feature allows the secondary character to jump in and rescues the character from the enemy.

Another new feature is the Double Attack. This is very useful when facing against hordes of enemies and even bosses. To use this move, players must execute a series of combos to fill up the Attack Gauge, which is connected between the two hunters’ Life Gauge.

The enemies in particular aren’t exactly hard. Some of them are predictable in their movement pattern while some are surprisingly difficult due to their shield gauge and surprise moves. Hence, the players will have to keep their guard up and their reflex.

The Mavericks featured in Mega Man X8 has some good moments but also some bad ones. Overall, they’re a good addition to the Mega Man X villains. Their stages also represent their motifs and theme.

A good example is Gravity Antonion, an ant Reploid whose motif is controlling gravity itself. His stage, Primrose, has rooms with switches that can shift gravity. By pressing the switch, the stage layout will change including some of the large blocks. The gravity rooms can provide intense maneuver, crushing enemies with falling objects, or solving puzzles. Just let Newton’s Law do the rest!

The fight with Gravity Antonion can be fun, but also intense. His main tactic is control the gravity of the arena (such as creating a vortex that sucks your projectile attacks) and flips the arena. His main method of attacking is summoning giant blocks and attempt to crush you with it.

Should the players deplete the bosses’ health points to a certain point; the bosses will become more aggressive and use their Overdrive Attack. In Gravity Antonion’s case, he will summon a lot of blocks and dropping them consecutively.

Another good example is Dark Mantis. His stage, Pitch Black, takes place in a secret base and it’s an infiltration mission. Players will need to sneak around the base without getting spotted by the enemies. Otherwise, they’ll send reinforcement to kill the players.

What makes the stage interesting is that it uses the darkness effect but to the extent that the players are unable to see. There are actually two ways to complete this stage. One is sneaking through the enemies Metal Gear Solid style without being spotted or set off the alarms. The other way is to turn on the generator (but you’ll need a certain weapon from a Maverick in order turn it on) and go full-on assault.

Dark Mantis’ boss battle can be fun but challenging too. If players manage to sneak into his area, they will fight him in the darkness, which is his territory. Hence, Dark Mantis can move through the darkness freely and is a lot faster, much like a ninja. The darkness also makes it a bit more difficult to see through his attacks especially if he uses his projectile weapons.

Fortunately, turning on the generator makes the fight somewhat easier and weakens him a bit.

Players will also need to watch out for his Overdrive Attack, which covers almost the entire screen with little room to evade.

Throughout the game, there are tons of metals (which are essentially in-game currency) to collect. Players can use them for the Chip Dev. at the R & D lab in the hub menu. They can buy healing items, weapon tanks, granting new skills, and boosting max health.

Mega Man X8 provides challenges and fun gameplay experience, combining the classic gameplay from the early SNES and PlayStation era with a bit of modern touches.