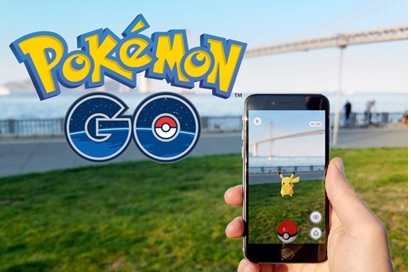 Pokemon Go is a mobile application game developed by Niantics in the Augmented Reality Game genre. You play as a Pokemon Trainer, catching cute critters called Pokemon while walking around your neighbourhood. The application tracks your location via GPS signal, and lets you try catching a pokemon once you’re near enough. It was the fastest Game to reach 10 million downloads in the App Store, and was a social fenomena for a month. Then, it disappeared quickly as the chart below indicates.

As game designers, marketing or producers, it is important to take a look at what it could’ve been, and what went wrong. 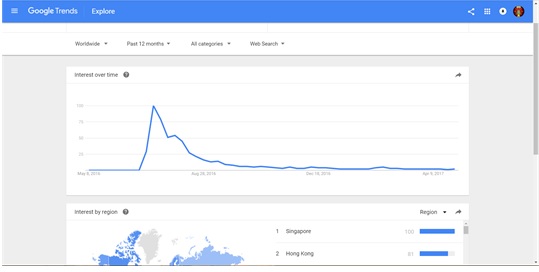 The popularity for the concept of Pokemon Go started at an April Fools video released on Youtube titled “Google Maps: Pokémon Challenge”. This video is an April Fools video posted by the Google Maps channel. Reception to this video sparked community hype on the concept of the game, although it was not a serious video. A year and half later, the official Pokemon Channel in Youtube released a video titled “Discover Pokémon in the Real World with Pokémon GO!” A video with over 40 million views at the time of this article’s writing.

This is an example of what Pokemon Go did right. It has set its market’s expectations and secured interest for the release of the game, ensuring market presence before the release. What it did not do right, however was the fact that there was no gameplay footage, hence people are hyped for its concept, but not the game itself. This becomes a problem later after release.

On release, the game was lacking a lot of features that was teased in the trailer for the game. It was still the fastest app to grow to 10 million downloads, but it lacks the substance to retain the attention that it has. Anybody that had a smartphone in 2016 would usually have Pokemon Go in some shape or form. It was a highly successful social phenomenon. Sadly, the servers and security of the game lacked stability, so it was rather difficult to sustain interest.

As a game, Pokemon Go has several problems that stop it from being a timeless game that everybody would play. It could’ve been a bridging gap between professional and casual players.

One, it does not have infinite content. Surely, it is impossible for a game to have infinite quality content if it is developed only by a group of developers. However, it is possible for content to be produced by other players, or procedurally generated by the game. An example of a game with content continually added by other players would be Defense of the Ancients 2. This game has infinite content through the fact that challenge is generated by other players in their matches. Pokemon Go lacks content for people who wish to master the game for that level.

Two, its gameplay is repetitive. There is little noticeable variation between Pokemon in Pokemon Go. Its gameplay boils down to flicking your finger or wrist a same way in the same direction. Unlike the main Pokemon games where you need to strategize your team so that you can defeat any challenges that are in your way, be it terrain or trainer, Pokemon Go’s strategy is basically which Pokemon has the highest points in battle, and maybe its element as well. There’s very little thinking involved in Pokemon Go’s gameplay, so it is only natural that after the several hundred times that the same action is repeated, the players would be bored rather quickly.

Three, the feature is lacking and inconsistent with each other. The promise that was given in the trailer was that there would be active trainer battling as well as trading, and massive World of Warcraft Raid-style boss fights that players could participate in. The actual game is very limited when compared to the expectations set by the trailer. The problem in game design is that a game must have its core mechanics solid from the start. Parts of the game which are not important do not need to be focused as much as the core mechanic. Adding core mechanics later is a sloppy way of presenting your game, and will limit what you can do because it can disrupt the delicate balance of the previous core mechanic that you have already implemented.

Pokemon Go was a social phenomenon that shows what could’ve been the integration of mainstream audience and the gaming industry. However, because of how the game was marketed and generating false hope, it became a short-lived fad. Its biggest mistakes Game Design-wise are its limited content, its repetitive nature, and its lacking of core features.