Nowadays, there are thousands of games available for users all around the world. Some of them are casual games, which are usually played for the sole purpose of spending time, some are serious games, which need players’ focus and concentration.

But for all of them, whether it’s a casual game or serious game, games need input. Games need players to give a command. It can be a touch (in android), a keyboard input, mouse input, or even joystick input. This time, we’re gonna see how to get a keyboard input, in a world of game programming, especially in Unity 5 Engine

Unity 5 provides various ways to get a keyboard  input from user. There is GetKey.down / GetKey.up, there is GetAxis, there is GetButton and some other stuffs too.  Today we will look forward of how to use GetKey.down in a very simple manner. 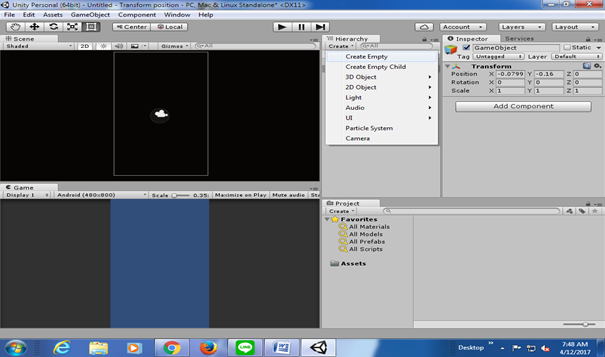 But this time, because it’s solely for demonstration purpose, we will simply create a log whenever an input is get from the engine. So let’s create a new script 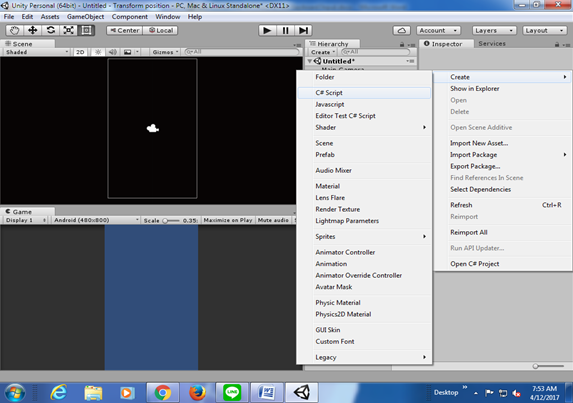 Move that script to an empty game object and try it. As you can see on your console you can see “Space is pressed” 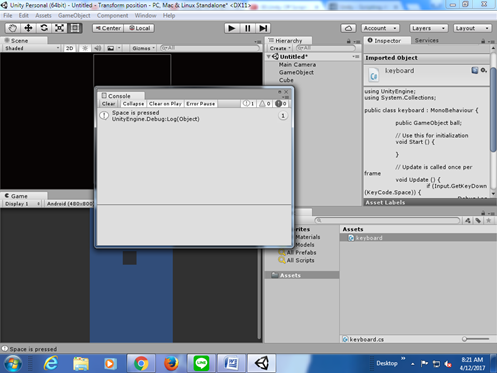 You can also add different conditions on your if conditionals.

For example you can print “Tab is pressed” or “Backspace is pressed” whenever that specific key is pressed. How to do that? Simply add it to your if conditionals 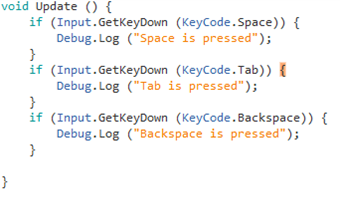 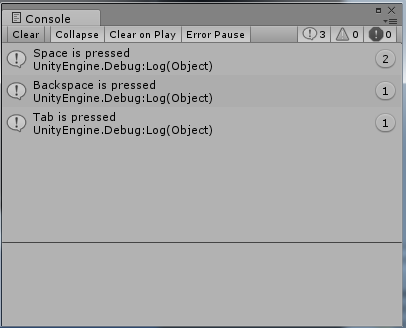 What will happen here is just as we expected it to happen before. Let’s play it

However, as I mentioned before, there are actually a lot of other options when it comes to getting a keyboard input.

And also, this can be used for various stuffs too. We can always be creative of how we manage the input from users